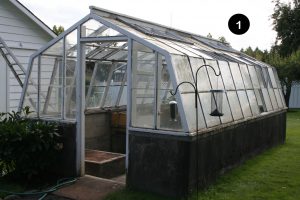 Replacement of an existing greenhouse structure that has reached the end of its useful life often involves custom design work, something that we specialize in. Often times, these are old estate, wooden framed greenhouses, built in the 20’s, 30’s and 40’s. Following is an example of a replacement greenhouse. 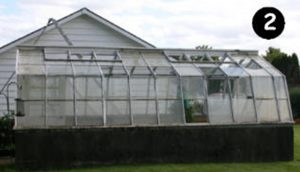 In the late 1940’s, a modest farmhouse, small barn and wood greenhouse were built for a small rural farm in the Portland metro area. The greenhouse was designed to act as a shed for the well pump, as well as for growing plants. 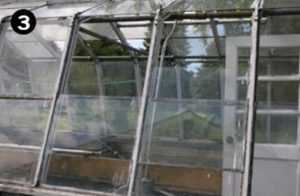 After 60+ years of service, the greenhouse had reached the end of its life. Its state of disrepair is shown in photos 1, 2, & 3.

Concrete base is discolored and the greenhouse frame is rotting.

Much of the greenhouse glass had fallen out.

One unusual feature of this replacement greenhouse, which had to be accommodated in the rebuild, is that the door is not centered in the end wall, originally done to accommodate the pump housing. 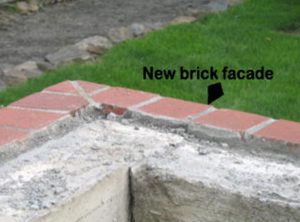 Now that the site is no longer a farm, but part of the suburbs, the new owners wanted a nice looking greenhouse that matched the house while retaining the function of its former self. The pump was still in place and the concrete base wall was in good structural condition.

The project involved building a brick façade on the outside of the existing base wall. They used old bricks, patterned to match the house bricks. 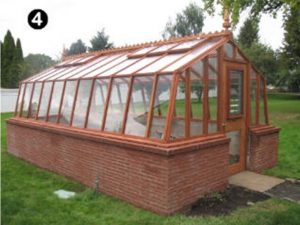 Sturdi-Built created a custom replacement greenhouse frame to fit. The door end is still off center to accommodate the original base wall and pump housing. The final result is shown in photos 4, 5 & 6.

Our customers are thrilled with the look and excited about having a new place to enjoy greenhouse gardening in the years to come. 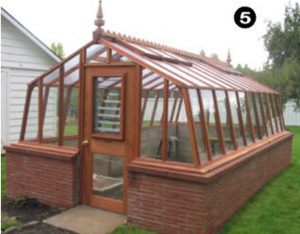 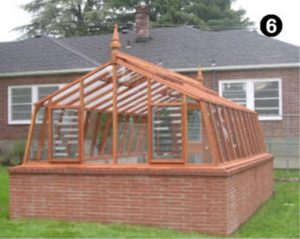